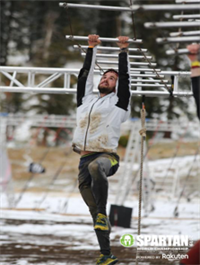 I am excited to be a Bloomsday Ambassador for a second year! I love getting to talk to many amazing people and give back to an organization that has given so much to Spokane! I spend most of my free time preparing for and racing in Spartan races. These are 3-13 mile Obstacle Course races. I have been Nationally Ranked for the past two years and had the opportunity to race in the World Championships last fall. Traveling to these races has allowed me to explore most of the country, this has hardened my belief that nowhere comes close to how amazing the Pacific Northwest is!

I am a local High School Science Teacher. I’ve been teaching for 6 years, and love every minute of it! I’ve been very fortunate to have had opportunities to get students involved in science with creative ways such as working with NASA, Samsung, and multiple other grants where students conduct real scientific investigations to better our community. While teaching I also coach, and encourage teenagers to live an active lifestyle.

Growing up I have always lived an active lifestyle. I participated in every sport I could until I got into high school. Once I got into high school I focused on cross country and track. One tradition that my family did was participate in Bloomsday every year. My first Bloomsday I completed, I was 10 months old when my dad carried me on his shoulders. Since then I have never missed a Bloomsday! I have done 28 Bloomsdays to date and am ecstatic for my 29th here in a few months! 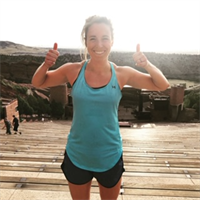 Hi there! My name is Amy Yeoman. I am a runner, triathlete, dietitian and literally get so pumped when I can be a part of someone’s journey to better their health and performance! I have been in Spokane with my husband, Kevin for 5 years. We came for my graduate program at WSU Riverpoint. I have since graduated with my Masters in Nutrition and Exercise Physiology, became a Registered Dietitian and started a private practice, Fuel to Thrive, where I help people through nutrition and training to be healthier and perform their best. I am also a triathlon coach, which allows me to train endurance athletes in their race endeavors!

I started running in high school. I signed up for cross country for the social aspect, and not because I loved or was even good at running. I remember crying the night before it started because I was so terrified to run. As I got more into running I started to notice how what I ate affected the way I felt and my performance. Little did I know, those early moments of my running career would set a trajectory for my career pursuits. I ran through high school and continued running as a hobby in college, at University of Portland. My friends talked me into walking on to the track team at UP, which again, was a defining moment for me. I had never considered myself an athlete, but my coach at UP believed in me and let me join the team. That set a tone for so much in my life. I later transferred to Montana State and began to fall in love with triathlons, which has been a huge part of my life since.

Through my journey, running has been a constant in my life. It has empowered me, given me confidence, and shown me that hard things are worth pursuing. The way running has impacted my life has fueled me to want to share it with others as well. I believe we can all find that amazing gift running has given me in the pursuit of working to take care of our own health, which is why I LOVE Bloomsday. To me, this event is an opportunity for any individual to challenge themselves in a way that rewards them with that gift.

A few things I know to be true about this event is 1. It is not easy, BUT totally doable 2. What better way to accomplish your goals than with a community of people who are all out pursuing the same goal 3. We are really blessed in Spokane to have an event like Bloomsday. I am so excited to have the opportunity to be an ambassador for Bloomsday in 2020. I hope to inspire others to pursue their own health whether that be by completing the race or shooting for a PR! And I would love to connect with people about nutrition for running and nutrition for health! 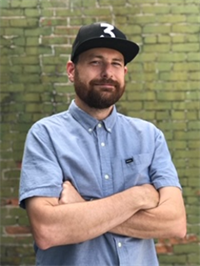 I was first introduced to running when a high school friend encouraged me to join the Mt. Spokane Cross Country team to get into shape for Basketball season. Long story short, I never played organized Basketball again & was hooked on running.

I continued to run after graduating High School, but it was on a very casual basis and I never got serious about it. I basically used running as a way to offset my love for Pizza & Beer. But in June 2018, possibly as a result of “the pizza challenge” (true story, I ate pizza every day for a month - check out my Instagram account in Feb 2018), I committed to eating healthy & running 100 miles in 30 days. By October, I had dropped 40lbs, was running 150 miles a month & had run the Spokane Half Marathon in just over an hour and a half.

It’s safe to say my casual hobby of running had become my passion. On the last day of 2018, I set a goal to run every day in 2019. Minus some rainy/snowy days on the YMCA treadmills & a couple of vacations, I’ve run over 1,800 miles around this city! The miles I logged led me to run my first marathon, the Windermere Marathon. My finishing time there inspired me to try to qualify for the 2020 Boston Marathon & in July, I did just that.

My love for running is equal to my love for the Lilac City! Spokane’s people, burgeoning art community, local shopping, amazing culinary scene, and countless breweries inspired me and a few close friends to create a Spokane-centric podcast called Spokast! Each episode we sit down with equally passionate Spokanites and chat about what they love about living here & what they're doing to help shape the landscape of our city.

Each year, these passions culminate on that fateful first Sunday in May . . . Bloomsday!!! Not surprisingly, Bloomsday is my absolute favorite race. It’s Running! It’s Community! It’s Tradition! It’s Goals! It’s Spokane! I am so excited to have the opportunity to be an ambassador for Bloomsday & to be super extra in encouraging my friends, family, co-workers, casual acquaintances and anyone who will listen, to lace up their shoes and take part in this incredibly unique, inspiring and FUN Spokane tradition. #spokaneberunning 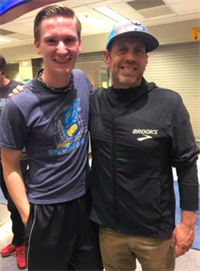 I have been running most of my life. At age 10 I ran cross country at JJ Browne Elementary and began training for Bloomsday. Later I ran for North Central HS and Seattle Pacific University. I began coaching boy’s cross country and track in 1991, and since 2010 I have been at Central Valley HS, where we have been a state placed 9 consecutive years.

I believe I have run 18 marathons and 5 ultras. No matter how long I have been at it, make no mistake, I struggle with the love/"hate" experience of running like everyone else. I know the agony of finishing “dead friggin last” at races and have enjoyed the thrill of crossing the tape first. 2019, saw me make the Bloomsday top-25 list for the first time since I was in middle school and I was thrilled.

Running is not about competition with others though, it’s about the joy of running - and pushing yourself and fighting your inner doubting voice to become the best version of yourself. It’s also undeniably about the camaraderie with fellow runners and our community of runners, which is why I especially love running in Spokane with all of it’s wonderful running clubs and road races, including the granddaddy of them all, Bloomsday, without question the best road race I have ever participated in 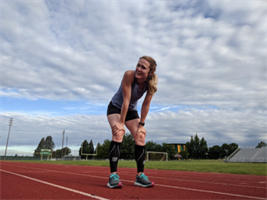 Hi, I'm Bridget. I’m a stay-at-home mom to my toddler son, an online running coach/personal trainer, and a pastor’s wife. We just moved to Spokane in April 2019. As soon as I told my running friends in Boulder that we were moving to Spokane, I was asked, "Oh cool! Are you going to run Bloomsday?" I love that this city is known for this race. I love that people fly in to race up and down the crazy hills in our little city.

Running has been a part of my life for a long time. I ran track in middle & high school (the 4 x 400 and 300m hurdles), and then transitioned to recreational running and longer distances my freshman year of college. I ran my first full marathon in 2009, and have since run 3 more full marathons, including Boston 2018 at 6 months postpartum!

As a person who struggles with anxiety, I have found that running holds a place in my life not only as a means for competition and fitness, but also for mental health. I've taken a few breaks from running over the years, but I always find myself back. I need the endorphins, the community, the challenge, and the dedicated time for me to process through my thoughts.

I'm thankful for this sport, the running community, and races like Bloomsday that bring the two together! 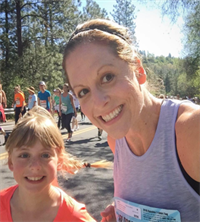 I started running in 2015 when my daughter fell in love with running. We ran our first Bloomsday together in 2016 and ever since have loved the tradition of coming to Spokane, spending a weekend together in the city, and enjoying the fabulous course and crowds of Bloomsday. In the fall of 2016, I became violently ill after a morning run and learned soon after, I had a tumor on my small intestine. It was rare form of sarcoma and my doctor said it would be stayed dormant if not for running. After undergoing chemotherapy, I returned to Bloomsday in 2017 with my kids and have enjoyed the race every year since. I’m thankful for the opportunity to run with my kids and to be involved in such an amazing community event. 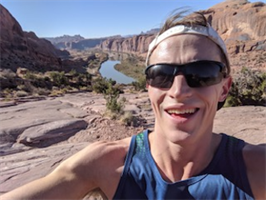 A lifelong athlete and runner, Jon moved to Spokane from Salt Lake City in 2014 to work for an accounting firm and soon got involved with the local running scene. Joining The Flying Irish Running Club and The Trail Maniacs, Jon met lifelong friends and soon embraced the Bloomsday weekend experience. From attending the trade show to making a living on Doomsday Hill to relaxing at Second Seed/Corporate Cup party, and enjoying some well earned cold ones at the post parties, it truly is one of the best races and weekends of the year. Even after moving back to SLC last year, Jon talks up Spokane and Bloomsday frequently with the Salt Lake Chapter of The Flying Irish and other groups. Jon is looking forward to promoting Bloomsday and running his 6th race.