Note: U.S. citizens must finish in the top 25 overall to collect U.S. prize money. U.S. citizens can collect money in both U.S. and open divisions (double-dipping allowed). In all other categories, runners who qualify for prize money in more than one division will be paid the higher amount. If the amounts in the two divisions are equal, prize money will be considered to be paid in the following order--masters, open, Washington championship (e.g. a runner who qualifies for $1,000 in both masters and open will be paid the masters $1,000).

The Lilac Bloomsday Run has a limited budget for travel and lodging expenses for top competitors. Runners who believe they have a chance of finishing in a prize money position MAY be eligible for travel and/or lodging assistance. Contact Andy LeFriec for further information.

The Lilac Bloomsday Run is pleased to be part of the PRRO Circuit of major road races. As a member of the PRRO circuit, the Lilac Bloomsday Run supports and abides by the circuit's new policy which prohibits any travel or lodging expenses being offered to an elite athlete who has been found guilty of a major doping offense and has served a suspension of two years or longer.

Partners for a Drug Free Sport

Athletes who participate in this competition may be subject to formal drug testing in accordance with USATF and IAAF rules, in accordance with USOC, Clearidium, or IAAF procedures. Athletes found, after a disciplinary hearing, to be positive for prohibited substances, as defined by the WADA Code and/or IAAF, or who refuse to be tested, will be disqualified from this event and may lose eligibility for future competitions. Any prize money payable to an athlete who has tested positive shall be withheld until the final disposition of all disciplinary proceedings. BEWARE: Some prescriptions, over the counter medications, and nutritional supplements may contain prohibited substances.

The Lilac Bloomsday Run will follow all applicable USATF and IAAF rules governing drug testing and the payment of prize funds. Under US tax laws, any payments made to non-resident foreign runners will be subject to a 30% withholding fee. Runners with high school or collegiate eligibility should check with their respective association regarding prize money, since such payments are almost never allowed. 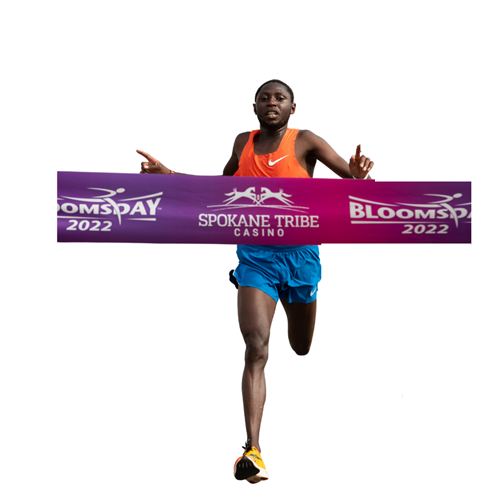