Bill Robinson is the Doomsday Hill Vulture. And since 1987, he has been the official welcoming party to runners and walkers summiting Bloomsday’s famous Doomsday Hill. 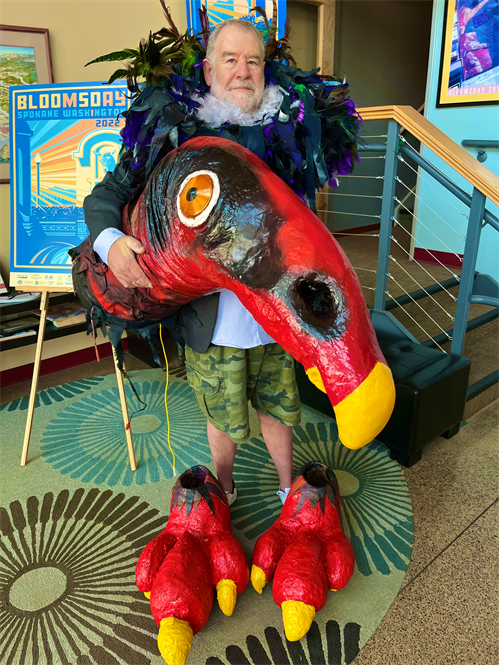 The story of the Vulture is a lot like the story of Bloomsday:  accidental followed by a ground swell of popularity and enthusiasm.

Bill entered a Halloween costume contest in 1986.  His entry:  an enormous turkey vulture that was 10 feet tall with a 16 foot wingspan made from rubber, bird feathers, papier-mache and foam.  And then someone said:  “You should take that costume and stand on top of Doomsday Hill when they run that famous race.”

Since then, Bill has become the unofficial mascot of Bloomsday and the ultimate high-5 machine.  While standing directly in the middle of the course, Bill takes his lumps, hits, stomps and squeezes on race day.  Kids have been known to sit on his feet; everyone slaps a high-5 on their way by; and many adoring fans snap pics and offer a friendly hug. 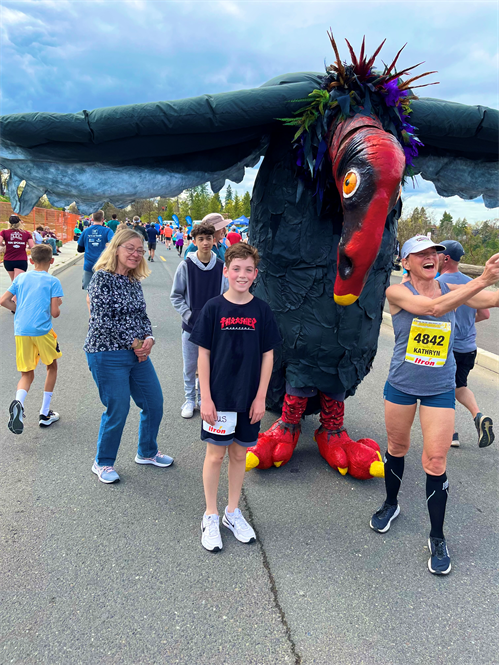 He is the most ominous and lovable creature on the course.

Those that are shocked to see the vulture at the 5-mile mark have some of the best quotes and utterances:

“Did you know that you have a guy in a giant bird costume at the top of your horrible hill?”

“Did you see that buzzard?”

“Is he supposed to be on the course?”

“There’s someone inside it?”

At the end of the day, Bill logs more than 5 hours in the suit.  His wife, Sharon, stands with him the entire time as security detail while also offering assistance and reminding him from time to time that he has a toddler perched on his spongy talons.  Their “Bloomsday” is a mix of equal parts exhaustion, euphoria, accomplishment, and community goodwill.

When asked why he does it, Bill’s response is simple:  “Fun.”  “When people come up the hill, I like to think of it as a pleasant surprise.”

In 1986, Bill won the Halloween contest for best costume.  And since then he has continued to win our pounding hearts year after year on the top of Doomsday Hill.

Thank you, Bill, for your Bloomsday spirit. 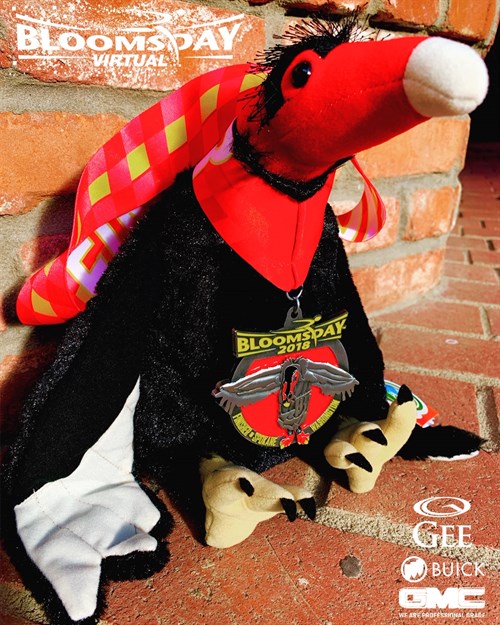 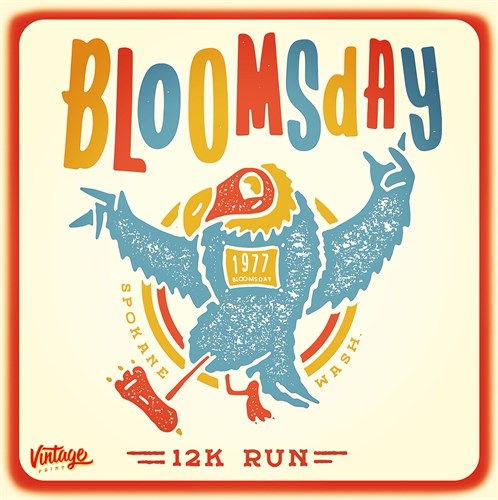 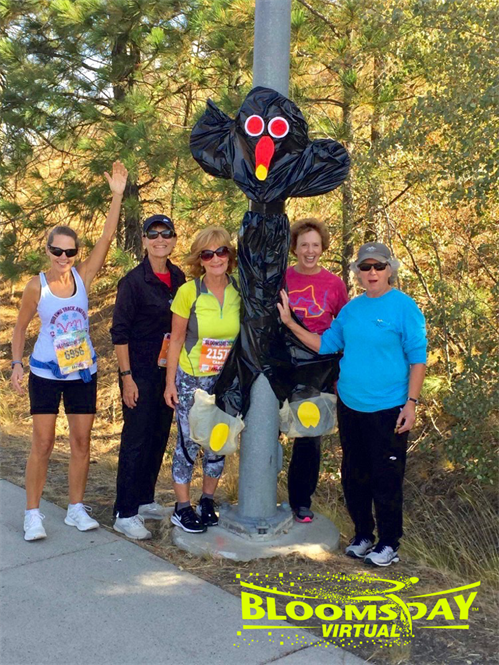